5 Have we become post-digital?

In recent years, digital technologies have ultimately dominated our reality. With increasing ease, we forget about technical innovations such as the Internet or mobile telephone, which, day by day, seemed to blend silently into the landscape of everyday life, becoming obvious and improving our lives at first glance. Nevertheless, after the stage of fascination with digitality and its alleged democratizing influence on communication, production and consumption, the stage of a critical evaluation and reflection on its darker side came along. Edward Snowden’s revelations about the global surveillance of mobile and network technology users at an unprecedented scale have made the enthusiastic vision of technology, if it has not disappeared, at least radically changed its overtone and underwent a critical revision. Not so long ago, the concept of post-digitalization has emerged as a response to the technology enthusiasm of the early digital age. It does not mean a departure from digital technologies, but rather a transition to the analysis of their negative outcomes, manifestations and effects (examples include click farms, fake news, digital labour or the exploitation of mineral resources to produce components of digital devices). In the following text I focus on several interpretations of this term, also in the context of art and design. In the context of design, as I will try to demonstrate, the approach to the concept of post-digitalization does not bring much result, referring mainly to the sentimental, largely strictly stylistic return to analogue culture (Instagram filters, polaroid, vinyl records, the phenomenon of print on demand or digital craft). Referring to several examples from outside of the field of design (including the Amish culture), in the final part of the text I will propose several proposals on how the idea of post-digitalization can be critically and practically adapted in thought and design practice. 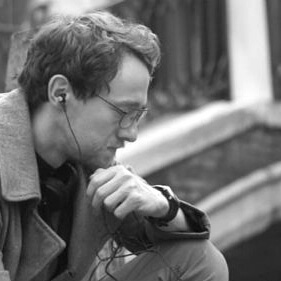